Lost and Heritage Apples of the Palouse

Every Tree Tells a Story 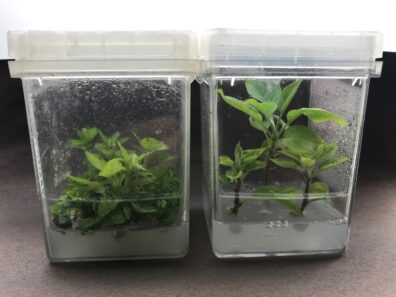 This is a public outreach project in the Dhingra lab and is made possible by generous public donations. If you would like to share your story about a ‘lost’ or Heritage apple please contact us at apple.stories@wsu.edu.

You can help fund propagation of recovered lost apple varieties by donating.

Early settlers in the eastern Washington Palouse area planted many apple varieties for different uses such as fresh eating, cider making, livestock feed, drying, and canning. Many of these varieties eventually fell out of use as apple production shifted from home growing to commercial production. Qualities for market, storage, and shipping were emphasized in selecting varieties for commercial production. Of the more than 10,000 apple varieties available in the US in the 1800’s many are now believed to be ‘lost’, that is, locations of surviving trees are unknown or there may be no survivors.

Pullman High and WSU alum David Benscoter, became interested in heritage apples and began investigating potential locations of heritage apples throughout the Palouse. His work and discovery of apple varieties formerly thought to be lost have earned him the nickname of ‘The Apple Detective’. One of the areas Mr. Benscoter has surveyed is Steptoe Butte, located north of Pullman. Remnants of orchards planted in the late 1800’s by Robert Burns and James ‘Cashup’ Davis on the slopes of Steptoe Butte have survived the Palouse elements untended for over 100 years.

Partnering with the WSU Genomics and Biotechnology Lab

Dhingra lab member Nathan Tarlyn read about David Benscoter’s work in a September 19, 2014 Lewiston Tribune article. As a history buff and horticulturist, Nathan’s interest was immediately piqued and he contacted David Benscoter to see how the lab could support David’s efforts. Amit Dhingra recognized the potential of these tough, field-tested trees for traits which may be useful in breeding apple varieties able to withstand harsher climate conditions. Utilizing the lab’s highly efficient micropropagation and horticultural practices, several of the previously ‘lost’ and Palouse heritage apples identified by David have been resurrected and multiplied in the lab. The lab continues to receive calls and emails from the residents of the Pacific Northwest regarding the ‘old’ apple trees in their backyard which have been part of their families for several generation.